The standard unit of energy used in the Demon Slayer Organization for measuring power comparable to that of the Chaos Emeralds; each level equating to that many emeralds. As such, an individual whose C.E.L./cel is 3 has power akin to 3 Chaos Emeralds; and thus, assuming they can control chaos energy themselves, can perform feats of speed and power that are normally impossible without using that many emeralds. While these measurements are typically applied to demons, as they are basically concentrated masses of chaos energy; they can also be applied to non-chaos entities. Going over the levels in greater detail, we have the following.

Here are the levels and what they represent:

Note: While there are levels below and beyond these seven, these seven levels are used as a general scale.

artistic representation of the CEL chart

With power comparable to 5 Chaos Emeralds, she has a cel of 5.

As a child, Cabara's chaos energy level was a 3.

An ancient hedgehog with a chaos energy level of 10.

Altogether Team Angel has a chaos energy level of 10. 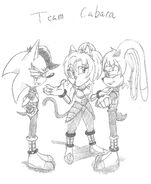 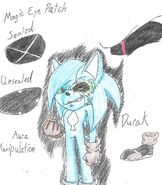 A villainous prince whose power is beyond level 10. 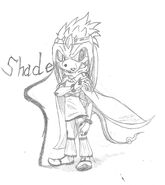 An entity far more powerful than Apocalypse, his cel is off the charts.

Jewel's CEL is 3
Add a photo to this gallery
Retrieved from "https://sonicfanchara.fandom.com/wiki/Chaos_Energy_Levels?oldid=475288"
Community content is available under CC-BY-SA unless otherwise noted.