View source
watch 01:36
We're Getting Mutants in the MCU - The Loop
Do you like this video?
Play Sound

Supersonic Speed
Erik the Okapi is a 14-year old energetic and adventurous Okapi. He was born and raised on a small island on Mobius called Forgone Island. He currently lives with his sister, Kyra & younger brother, Chester.

Erik is not that much known in Porcupine Village, as he is an inventor and a photographer with a desire to take pictures of events and landmarks. As such, he travels around all day in search for the next big picture. He treats each travel like an adventure, and each photo he takes, has a story.

Erik is a very good guy, who loves to take photographs, so he can share there stories, and remember the special moments in life.

When creating Erik, I wanted to use an animal that was rare, and unique. My choices were either a Hedgehog, or an Okapi. I chose an Okapi because Hedgehog OCs are too common now and they weren't rare.

- How Erik the Okapi came to be

His first design was back in November 11, 2016. Back then, he was a lot more taller and didn't look like a Sonic fan character.

For his second design, he looked more like a Sonic fan character and is now smaller.

For his third design, his ears changed; now a hybrid of Okapi and Hedgehog ears.

For his current design, he grew some blue tuffs of hair and has a hoodie on his vest.

Erik's a brown, yet green striped okapi, with black down his arms, legs and tail tip. He wears a light yellow vest, with a hoodie and blue buttons. On his hands are blue finger-less gloves and white tape in the middle of his forearms. On his feet are orange shoes, with grey trim, dark gray metal bands, blue socks and white tape on the middle of his lower legs. He also has four blue locks of hair on his forehead in between his ossicones.

Erik's swimsuit consist of blue swim-trunks with green and yellow stripes on the sides.

Erik has an alternative outfit that consist of a pair of overalls over an orange t-shirt under his vest.

For formal occasions, Erik wears a collared black vest, with a light-yellow tie.

Erik grew up in Forgone Island. One day when he was 5, his parents went missing during a mountain expedition. Because of this, he take care and raise her younger sister Kyra, who was only 3 at the time, until he was old enough to take care of herself.

While Erik may not be known very well throughout town, from what is known about him, he is a very friendly fellow who is very proud about his photography.

Erik is young, adorkable, excitable, forgiving and unbelievably sweet. His excitement over his pictures and paranormal findings display this the best. He's young, very sweet, and is a total geek when it comes to paranormal activity and his photography. What's not to love?

Personality wise, Erik is somewhat like a young boy. Very eager about photographs, and an get very excited over things he loves. Being of a young age, it's somewhat natural to him As such, Erik also believes in myths, superstitious creatures and monsters. As such, he sometimes goes hunting to find them, just to take a picture. Others may not believe in his crazy stories sometimes, but Erik will be dedicated to proving himself correct.

At a young age, Erik is an inventor/builder. So far, he has built: 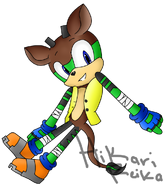 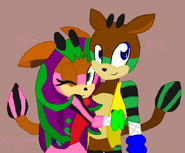 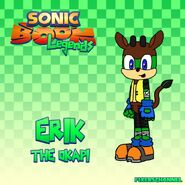 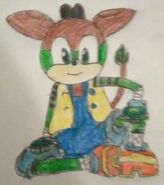 Close-up of the previous pic. Drawn by A-drawer11 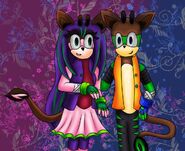 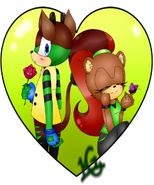 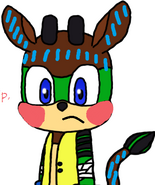 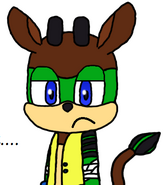 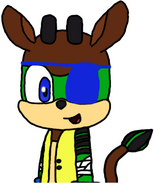 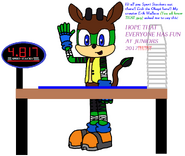 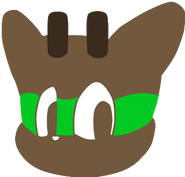 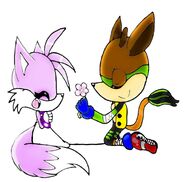 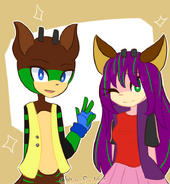 drawn by Willow-T-Hedgehog (Erik is in the back) 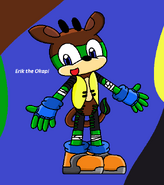 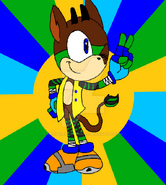 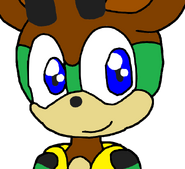 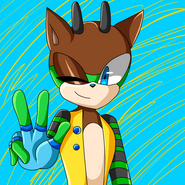 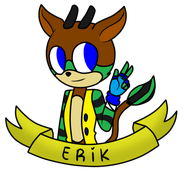 Movie Version of Erik the Okapi 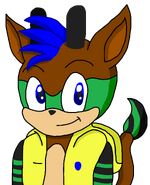