These are the specifics of what is and isn't considered appropriate OR acceptable in this community.  Please read through the specifics carefully.

Women with incredibly curvy bodies, big breasts, big rears, etc. exist. Men may have firm rears, or huge muscles. It happens. In general, having a character with a well-endowed design will not be prohibited. However, anything that exaggerates any sexual areas of the body to specific extents will not be allowed. These are those specifics.

Flirtatious posing is perfectly acceptable. Small gestures or ways of showing off one’s figure are acceptable as well to an extent (hands on hips, flexing, etc.) However, any direct {Arms] attention--especially physical--being brought to sexual body parts is not allowed. This includes the following in particular.

This is a Sonic community. A lot characters don’t wear clothing, or if they do, it could just be pants or could just be a top. You are not required, encouraged, or discouraged from clothing your characters. However, if you are giving any kind of clothing to a character, the clothing must not emphasize the sexuality of the character, at least to an extent. This means…

This goes without saying, but explicit written or spoken content is not allowed either.  This includes mentioning orgasms, specific bodily liquids, and sexual "favors" given. Being flirtatious is acceptable, but the limit on talking about body parts would be references to the rear-end. No breasts or crotch.

We do not aim to limit what kind of topics people are allowed to write about. However, we believe you can address a topic without going into detail. If you wish to write about a character being raped, you may include that it happened, or you may narrate a character grabbing another character in an area not sexual (grabbing an arm or head or neck). However, you may not describe the event.

This goes beyond sexual descriptions. If you wish to include a gore-related event, you may narrate the removal of limbs, blood, or that a character dies. However, we discourage against the showing or writing of gore, particularly organs shown about in any form that isn’t scientifically-related (like a picture showing the labeled organs of a species in a non-gore way).

If you are to include content that would be more adult, you must label them as such by putting the following text at the top of your page.

This is not an excuse to include anything previously disallowed. Those rules still apply. All the same, this content existing is not against the rules, but please put a notice just in case some people may be disturbed.

Some content posted before this ACS ruling will be considered too far against the rules to be allowed in the community. However, most content that would break our current rules will not be deleted.  It will however be given special labels to notify that it does not reflect our current policies, read as the following.

[PRE-ACS CONTENT: This page was established before the Appropriate Content Specifics was established, and is protected as such. It does not, however, reflect our current policies, and is not condoned by the community.] 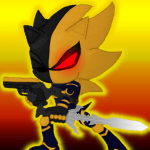