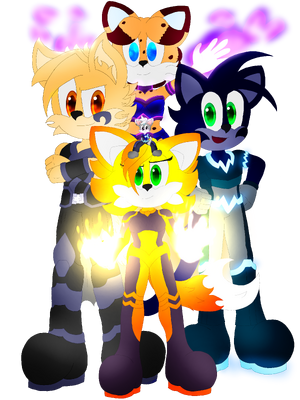 Update December 30, 2020: All of the stuff here is years old cringy trash.

Doing a bit of reorganizing and cleaning.

My cast of characters that are more grounded and "normal" range of characters. From the small and frail characters, to standard mobians and humans, to armored characters with weapons or mildly enhanced strength characters.

These characters are the stronger levels of superhuman characters. Strong enough to greatly dwarf most other street tier characters, but not exactly enough to be considered obliterating buildings in one fell swoop, these characters tend to be comparable to grenades, being able to seriously damage/destroy vehicles, survive being collapsed under the rubble of a falling building with little injuries, and find no issue in busting through stone walls and the likes.

Stronger than the might of a tank gun, these characters tend to have the capability to bust down houses, lay wastes to city blocks, and become a threat to the city they are within. Generally where you'll find the people strong enough to act as a one-man army.

Rather than ravage towns over time, these characters can potentially end it all in one fell swoop. Their powers rival nuclear weaponry, with the lesser ones able to demolish towns and cities, and the stronger ones able to flatten mountains. Specific numbers would likely use the unit of kilotons of TNT or megatons of TNT to define their level of power.

Around the equivalent of gigatons of TNT, this large range of characters would have power that can cause world-wide effects of various degrees. The weaker ones that fit here can strike with such power that noticeable shaking can be felt from the other side of the world. They tend to be capable of destroying small islands and rival strong volcanic eruptions, being comparable to all the nukes on Earth combined. The stronger ones can hit as hard as the impact of the Chicxulub meteor, or even wipe off the surface of Earth.

An even larger range of characters referring to those with power to create or destroy moons, planets, and even stars of various sizes. The higher end of these characters are usually measured in the unit of Foe, in which 1 Foe is equivalent to the energy output of a supernova.

Refers to characters who have the potential to create or destroy entire star systems, or even large groups of galaxies.

For any characters able to destroy or create cosmic sized structures. Universes, Timelines, Multiverse, Megaverse, Outerverse, whatever you wanna call it.

OLD STUFF I'M GETTING RID OF

Characters who are able to be place in a majority of roleplays in relation to combat (cuz rps tend to devolve into fights, like a lot).

The limits of ocs are based off of imagination, but making characters rp friendly does limit your character's abilities, limits, and personality. There are characters that, despite being well loved, are not going to be found in a majority of rps whether it's about 'not fitting in' or 'overpowered'. This is not to say they are Mary Sues, simply characters in a different class.

Note: This is not to say that these characters are not allowed in any rps, just that one may have to think if it's okay for said character to be in a rp

These are characters than can fit in the average rp, due both to their personality and abilities & equipment.

Note: This is not to say that these characters can fit into every rp, so just make sure that said character is okay to rp with by reading their page.

This is just an archive of really old cringy and poorly made characters, majority of which are retconned and no longer exist, so I'm sending them over to a private archive wiki before deleting their pages.

EVERYONE IS ALLOWED TO DRAW MY CHARACTERS! NO PERMISSION REQUIRED!

However, I must know of this drawing, you must show me the picture, and you may not claim it as your own character.

This picture was originally made to show the gradient fur of Summer.

The original Summer the Fox

Dawn the Hedgehog, drawn by Silverknight01 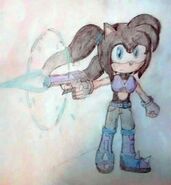 Dawn the Hedgehog, her initial design 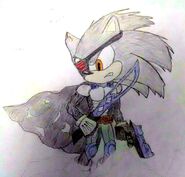 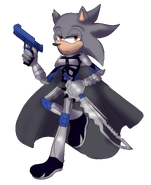 Midnight the Mercenary, drawn by Silverknight01

Summer the Fox, ibis Paint X allowed me to make it seem like digital art.

Him using his Void Ascension form

Drawing of Roselyn with her helmet, by Trisell Chronos. 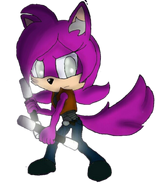 Roselyn the Wolf, shaded by Silverknight01

Original Drawing of Roselyn the Wolf

Sarygu in her teenage form 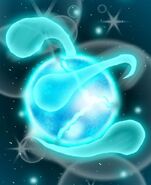 The Multiverse Core, an item in my lore

Summer the Fox in her Normadien Armor, drawn by Silverknight01

Summer the Fox in her Normadien Armor, drawn by Trisell Chronos

Roselyn the Wolf, at age 17

Sarygu portrayed as a human, from Silverknight01's point of view 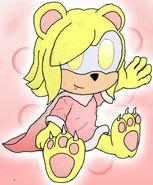 Sarygu in her baby form

Sarygu in her toddler form for the June art challenge

The No Line Art pic of Summer in the

Lineful pic of Summer for the August Art Challenge 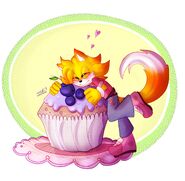 Summer the Fox and her muffin addiction, drawn by Silverknight01

Summer the fox and Simble the Cat, drawn by Trisell Chronos

Summer the Fox, an art trade by Deviantartist

Summer the Fox in her classic solar armor suit

Tempest, the Divine of Weather

Summer the Fox in her Normadien Armor

Community content is available under CC-BY-SA unless otherwise noted.

Ranked #5
on this wiki