The Vita Nova Islands are of an archipelago  that exists In a Dimension far from existance of official materials. Geographicly the Islands are very far away from places such as South Island and Angel Island which means that there is  very little (if not any)  mention of Sonic and Friends

Unlike other places of Mobius Pokémon can be found here.

The center Island of the Vita Nova Islands, the main land is more industrial then the other Islands in terms of population or machinary and is possibly the most civilized island.

The huge metropolis and capital city of the main land. it houses a great amount of citizens. It is made of 8 areas connected as a circle surrounding a center tower. Before it became this Vita Nova was an old mining town that to this day has many mines deep below it.

Sector 1. A generic housing area. It was demolished from an attack of Doctor Edgar Cyrex Nearly causing countless lives to be lost if the I.B.S didn't evacuate them in time.

Sector 2. The criminal hideaway of the city consisting of many wanted criminals.

Sector 3. A Money filled Area filled with gambling and casinos.

Sector 4. Where the factorys and various other companys work hard and busy providing many things to the city.

Sector 5. Another Residential area of the City.

Sector 7. The last residential area and home to the City's Police and Army institute. It also houses the International Bastard Squad mansion and the Team of mercenaries that live in it.

A beautiful seaside resort where people can go to relax in the sun or take the regions ferry to another continent. Starfall Beach got its name due to the fact it is the place where all Lightwaters fall when leaving their planet.

A large hill that overlooks Vita Nova City. It is the place where the legendary hero Breaker Earthsoul died and went to the heavens. The I.B.S Leader Airon Hikarikaze visits this place often.

A former flying base to the evil Doctor Edgar Cyrex before the I.B.S took it out the sky. It now lays dorment in a crater and is pretty much raided by scavengers.

Woods that sit on a far corner of the region. Deep inside are the ruins of the Ookami Tribe's village.

This area used to be a marvelous kingdom that had no quarrel. Until Oblivion and his army the Dark Reframe attacked and slaughtered it from humanity. It is now Oblivion's territory and very dangerous to go to.

A huge mountain that sits in almost the center of the entire region. It is said that whenever somthing bad is to happen dark ominous clouds gather around the tip.

An Island simmilar to Australlia and Nega C Paynes home land, the Island is governed by a wise frog named Wansumad Vice and was once visted by Nega and Friends to stop Cyrex's assult.

Jamming Jungle - A Large Jungle that sits at the edge of Dusty Island it's trees reach so high that Dusty Islanders have made some of their homes in the trees.

Frantic Factory - A Secret Base that was used by Cyrex before it was destroyed by Nega and Friends.

Hud Village - the central town of the Island which holds the most population. Wansumad Vice is the Elder of this town.

An Island which houses the lair of the evil Doctor Cyrex The Island is a simple Desert island with Cyrex's lab base hidden deep within the jungle which is inhabbited by many of the sick twisted creatures the doctor has created.

The Home of the crystallian race who is akin to the Echidna of the Official Dimension. It is the Scotland of Vita Nova -more details comming soon-

The Vita Nova Islands equivilent of France. Like its real world counterpart Psycaro is stated to be a land of beauty and refined food and fashion.Yuri Violet was stated to have been born here but some unmentioned details caused her father Baron Cedric Violet to move on the Mainland. As the Island has only been mentioned there hasnt been any known locations apart from the landmark the Psycaro Tower.

A Large blue planet that floats above the Islands like a second moon. It is where all Waterians fall from when starting their life on Mobius Also known as Aquarius - Éternus

A dark lifeless island that stands in visable distance to Starfall Beach. It is here where the Duchess of Corruption Dusk Pandora resides keeping the Palace she owns in top shape with her Spirit hoard

An Island that is to be founded by Oblivion and the Dark Reframe in the future it will then be governed by King Oblivion and Queen Laufeia who rule over the soon newly born Race of Shadownians, Creatures formally known as Shadow Minions, mere creatures created from the dark to serve Oblivion's army.

Bios the Creation (1 through 3)

Like other locations the Vita Nova Islands have nobles all though many have lost their titles over the years.

Lydia Hikarikaze the Ookami - Princess (formerly) of the Ookami Tribe

Clair Nightcutter Payne - Cousin of the aforementioned Prince and Princess

Dusk Pandora the Lioness - The Lustwaterian Duchess of Corruption

Ashleigh The Cat - Princess of Another Land 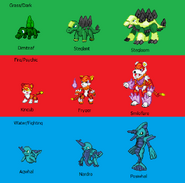 Custom Starters made by JonicOokami7

Custom Pokemon made by JonicOokami7

Custom Pokemon made by JonicOokami7 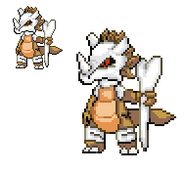 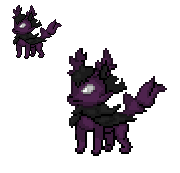 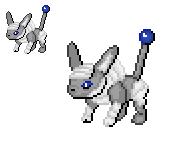 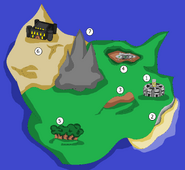 As a Side past time the I.B.S each took part in the Vita Nova City Pokemon League each awaiting trainers who would come and test their strength against them

Note- This is a non canon thing and just for fun

Motto - First one in skilled with normal types

Motto - The gambler of spirits

Motto - A polite waitress with an icy touch

Motto - The Girl with a heart of bright fire

Motto - The teacher of a powerfull mind and accountable detentions

Motto - A Star-born believer of the purest waters

Motto - The experianced fighter of the Vita Nova Institute

Motto - The wise and strong master of the Electric element

Motto - One with his Pokemon. The Multi-Trained Tribal Champ.